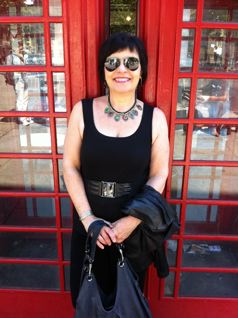 I was born in New York, in Bensonhurst, an Italian American neighborhood that became notorious in 1989 when Yusef Hawkins, a young black man, was attacked and shot while walking through the area. As a student at NYU and then Columbia University, I moved via education to becoming a professor in the upper middle class: a story of growth and change I tell in Crossing Ocean Parkway. Like pizza and bagels, my New York marriage brought together my Italian roots with my husband’s Jewish American ancestry. We have two daughters, who, like us, are open to all religious traditions. I meditate daily as a spiritual practice.

I write, a lot, with great devotion, about books, family, food, and culture. I’ve published two acclaimed accounts of our fascination with primitive cultures: everything from Tarzan to Georgia O’Keeffe and body piercing. I plan a third book to complete a trilogy on the subject that’s called, right now, “Modern Primitives Today.” I also love the intimacy and sharing of memoir, a genre I see as motivated by the experience of death but ultimately affirming of life.

I love to travel – don’t most of us? Seeing new places — Mexico, Israel, Japan, Turkey, Kuwait – punctuates repeat stays in places of the heart where I’ve been lucky enough to live for extended periods: France, especially its rural areas, London, London, London, New Mexico, and Italy, especially Venice, a city I did not like as a casual tourist but have grown to love after teaching there two summers, the last time getting to watch boats pass nearby on the Grand Canal near the Accademia Bridge. 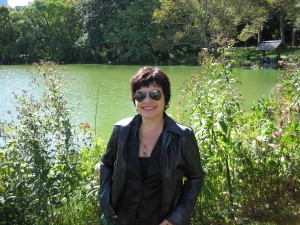 My latest book, Picnic in the Dark, celebrates the legacy of books, food, and family and includes Italian American recipes that come from my mother – recipes every cook should have!. The title says a lot for me: we don’t always know where we’re going, and getting there isn’t always neat or even pretty. But the end result should be, for all of us, filled with joy, empathy, and the gratitude that comes from savoring each moment.