Saw a movie and am reading two books that take very different approaches to witnessing history and raise questions about claiming famous ancestors.  First up, the movie.

It’s 14-17 July 1789:  the Bastille falls amidst cries that Louis XVI, his Queen, and most of their friends lose their heads.  Does the day seem portentous at Versailles?  Not really for Sidonie, the Queen’s reader, nor for the other courtiers, nor for Marie herself.  Disturbing whispers circulate, to be sure.  But the Court’s normal business of gossip and flirtation basically proceeds.  By the 17th, all that will change and we witness it along with Sidonie, who has her part to play by then.

Whether she’s a servant or an aristocrat, she’s clearly in danger.  So much so that one woman said to me as we were leaving:  “Do you think she lives?”  Well… in 2012, surely not.  But that kind of reaction tells you that Director Benoit Jacquot gets us to feel like we are witnessing history in FAREWELL MY QUEEN though it’s history remained for 21st-century tastes.

I am only 15% of the way into DREAMING IN FRENCH and note here how easily the % gets rendered rather than the # of pages for e-book users like me.  Alice Kaplan, a friend and colleague, is a terrific writer and this book is a fun read that includes lots of research about post WW II France that is draped over true story of three famous women who studied abroad:  Jacqueline Bouvier Kennedy, Susan Sontag, and Angela Davis.  I’m only up to Jackie and find myself wondering:  If Jacqueline Bouvier had not become Jackie Kennedy would the book have been written and read? Not so sure about that.  I’ll be reading on to see how the famous ancestor gets claimed here.

Final, light read:  Alan Furst’s MISSION TO PARIS.  The Furst hero has already appeared.  He’s a fictional movie actor in this case and not yet playing James Bond, though he will, he will.  As in most Furst novels, there’s a wonderful feeling of historical background here:  right now, Munich is about to happen and halt the momentum in Paris towards war.

Fiction and history; fact and history:  a curious and ongoing interplay for which I am always a sucker. 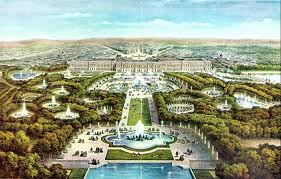